The Play, The Actor, The Improvisation (with Dental, Amadou Sarr and Saidou Ndiaye) 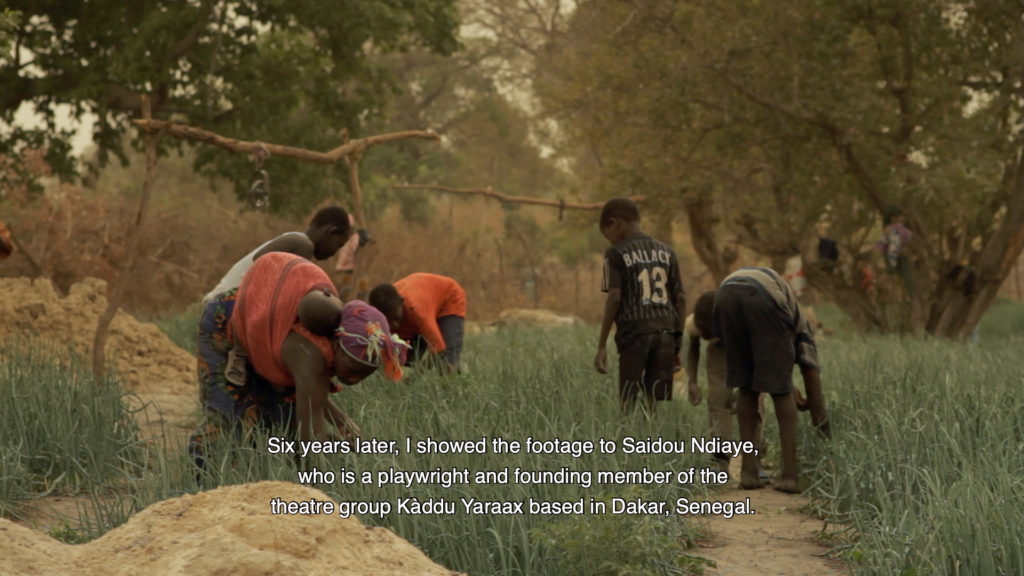 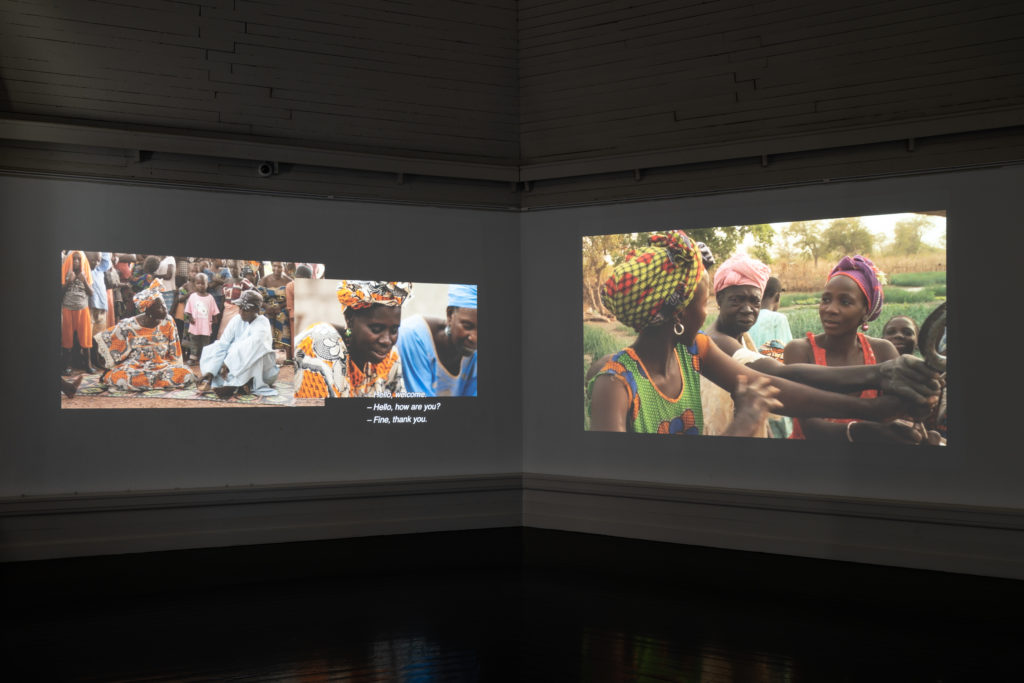 Installation "The Play, The Actor, The Improvisation" at Den Frie, Copenhagen 2019. Photo by David Stjernholm. 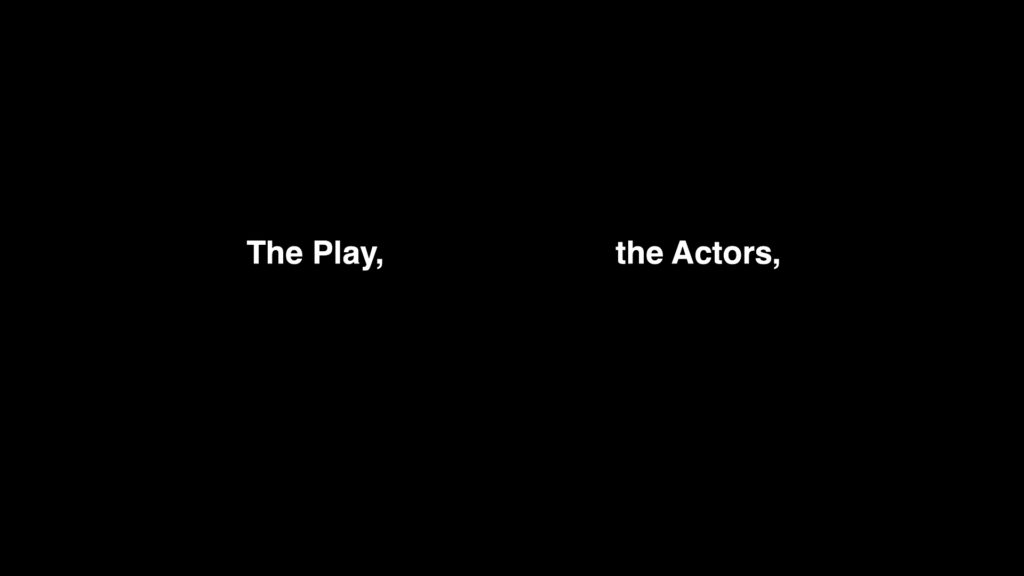 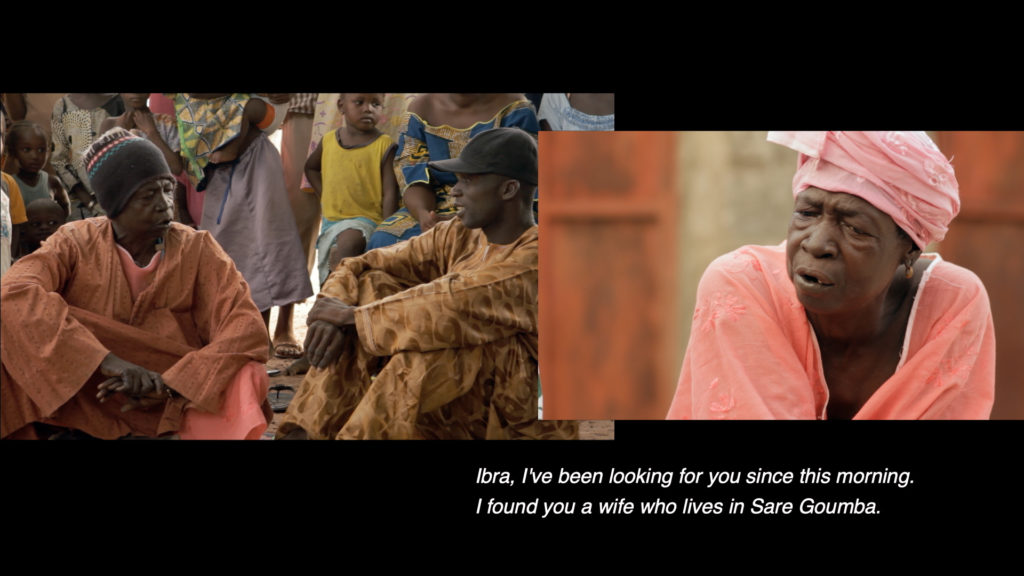 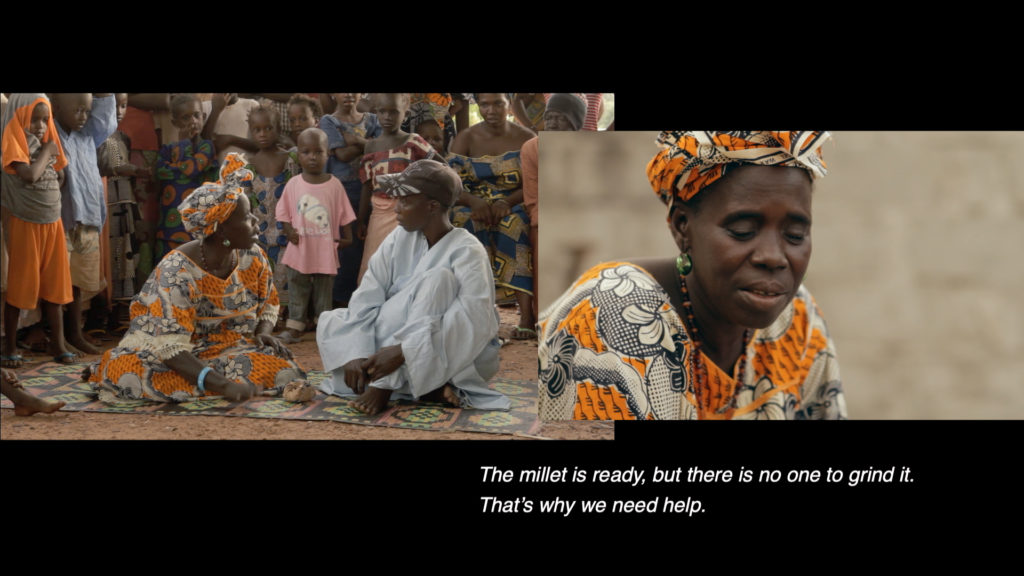 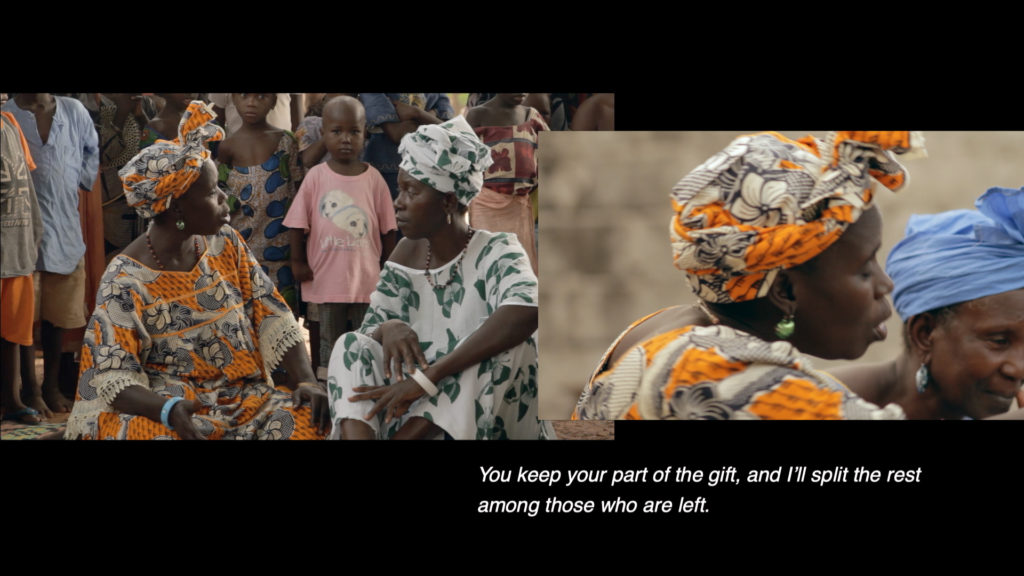 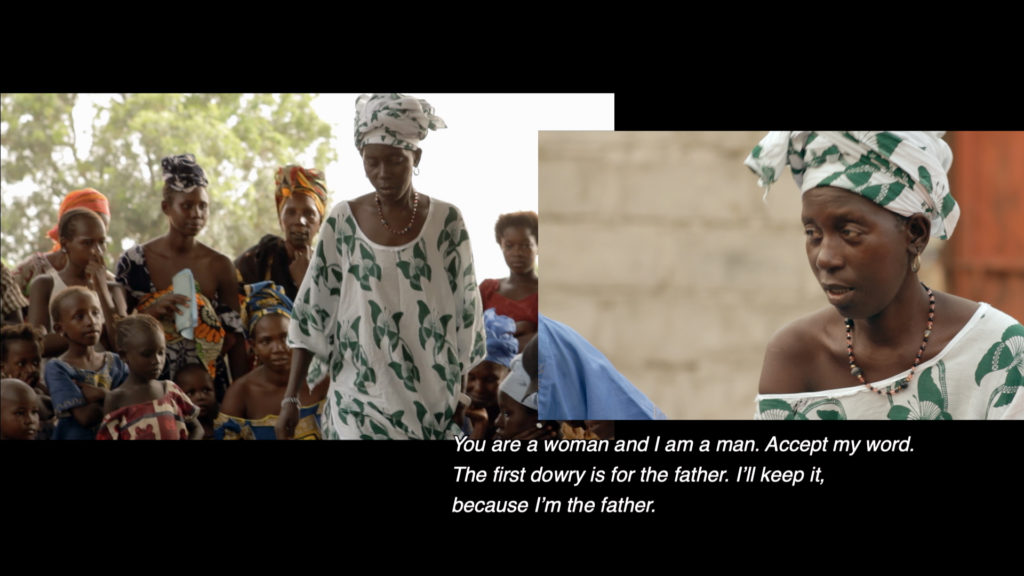 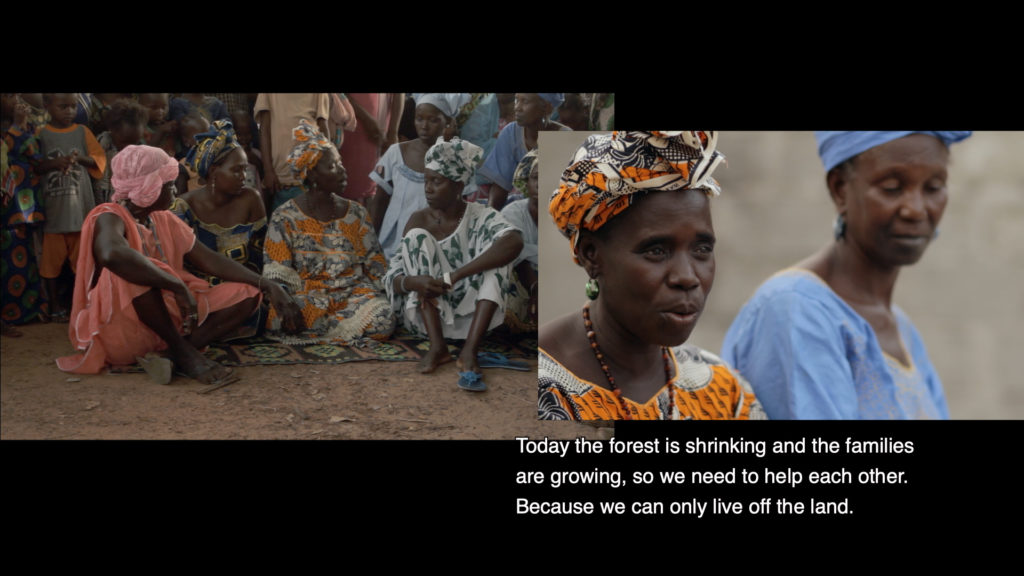 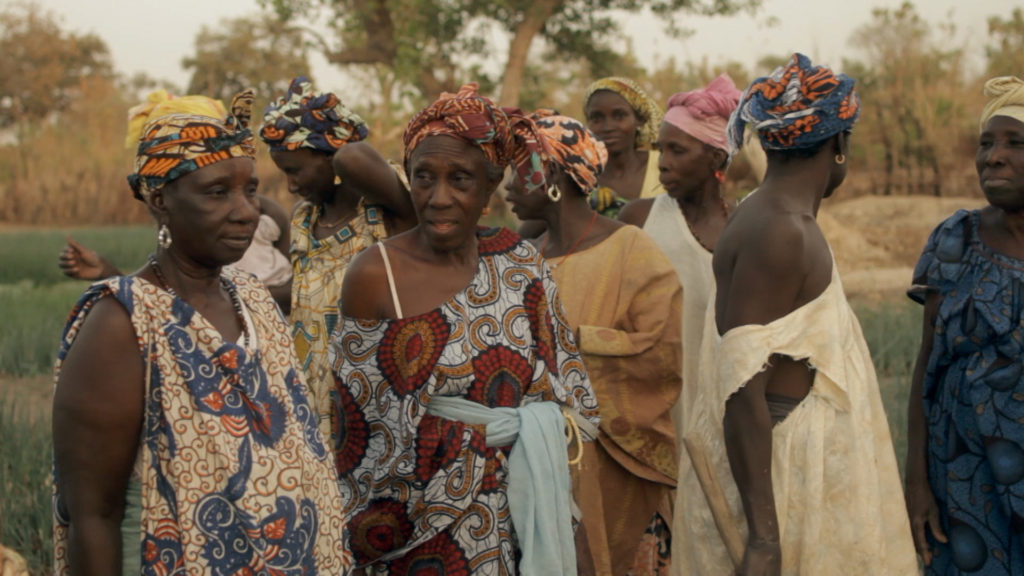 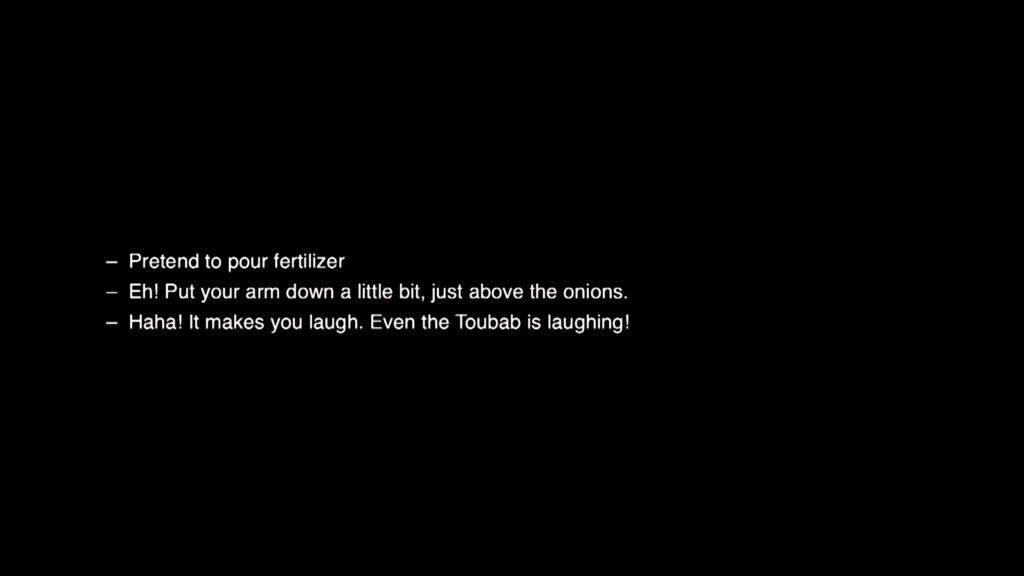 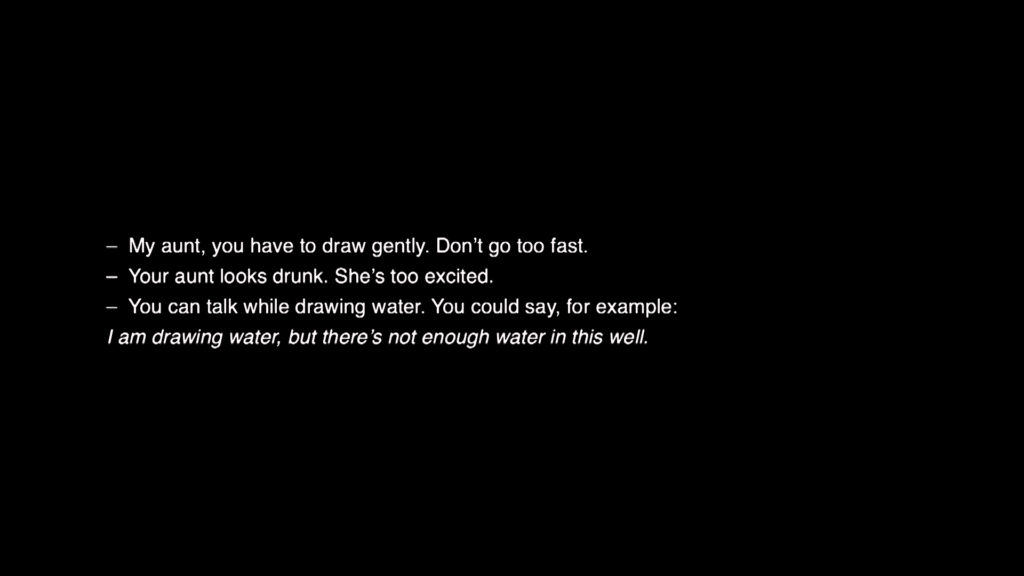 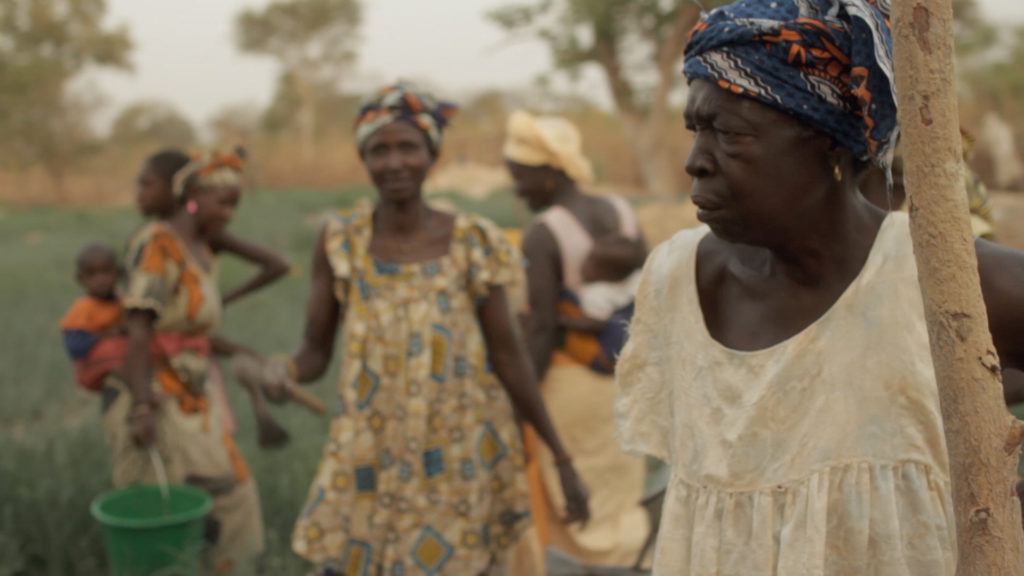 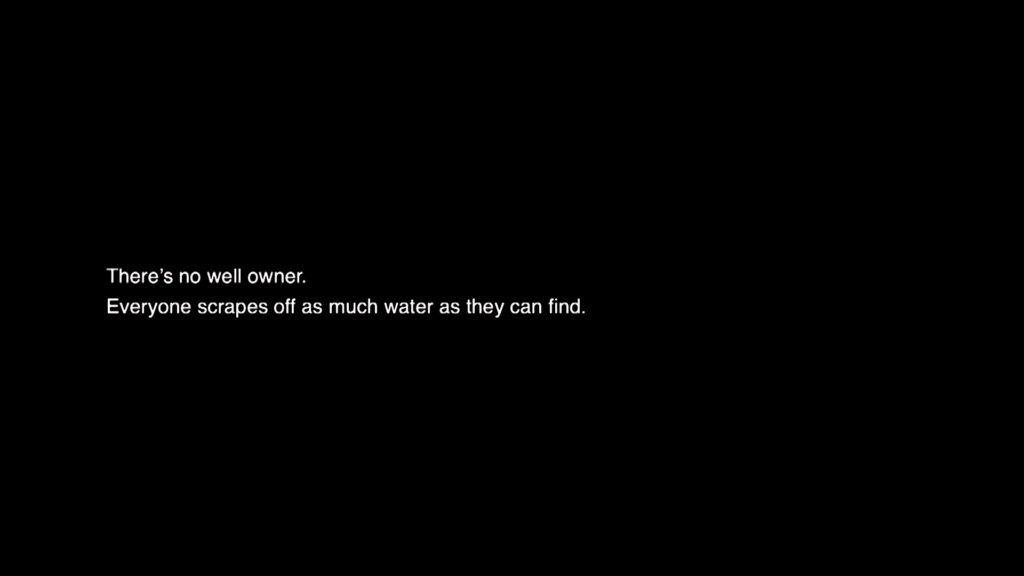 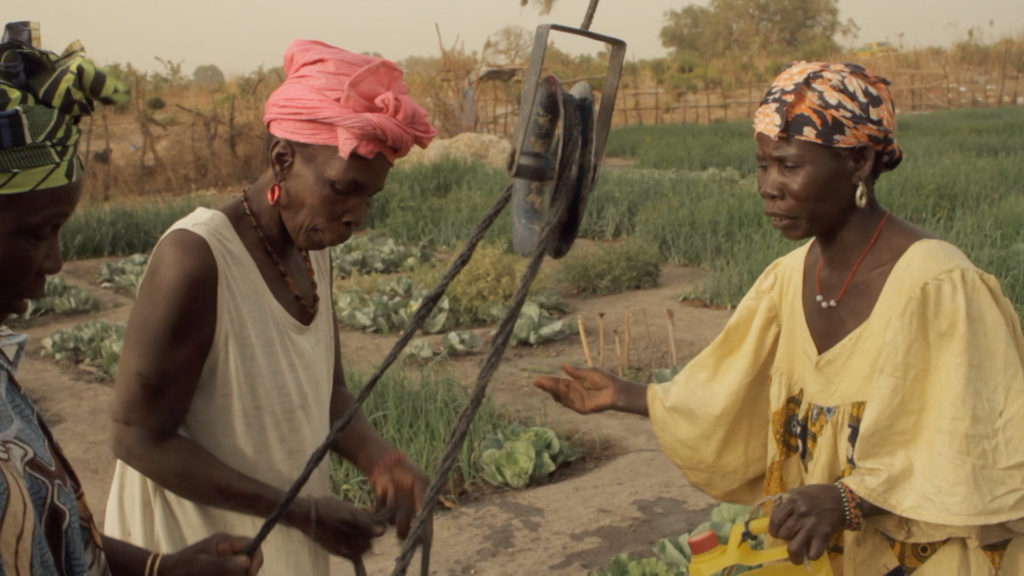 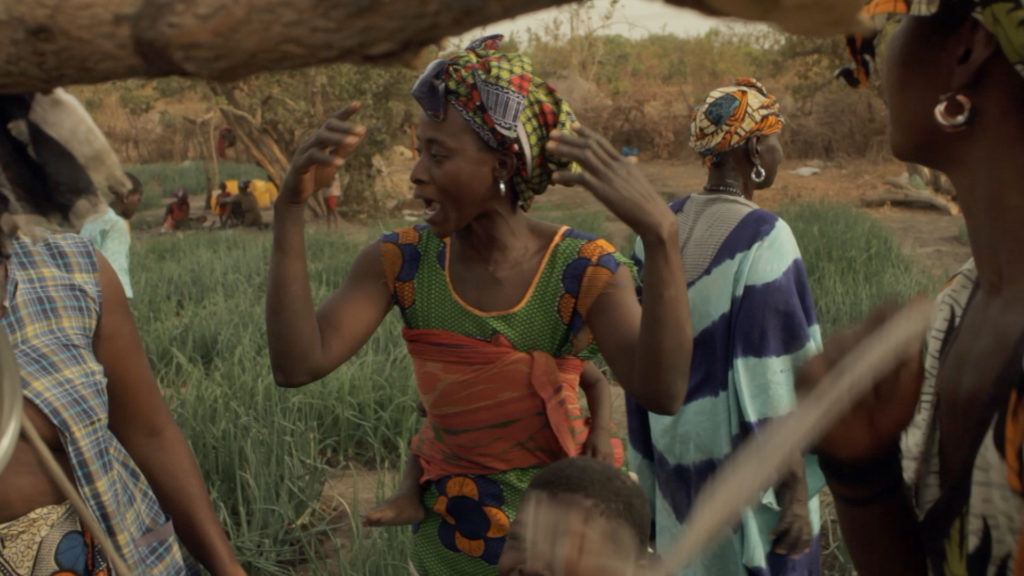 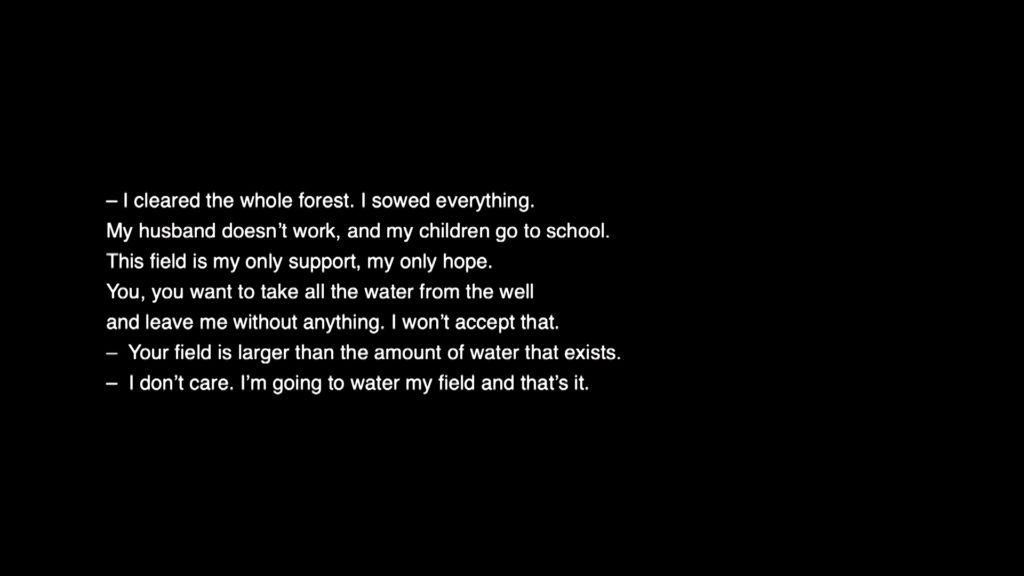 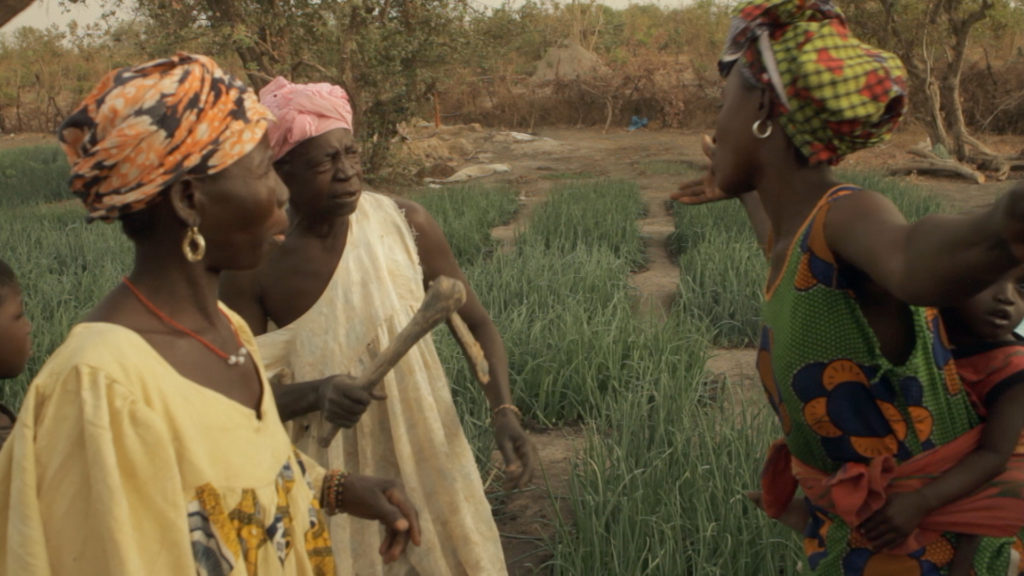 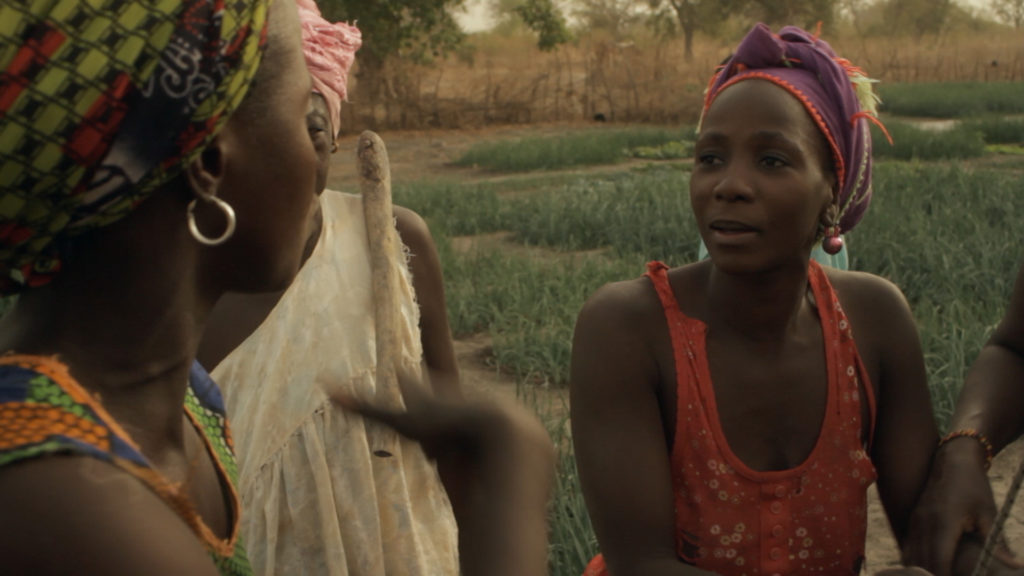 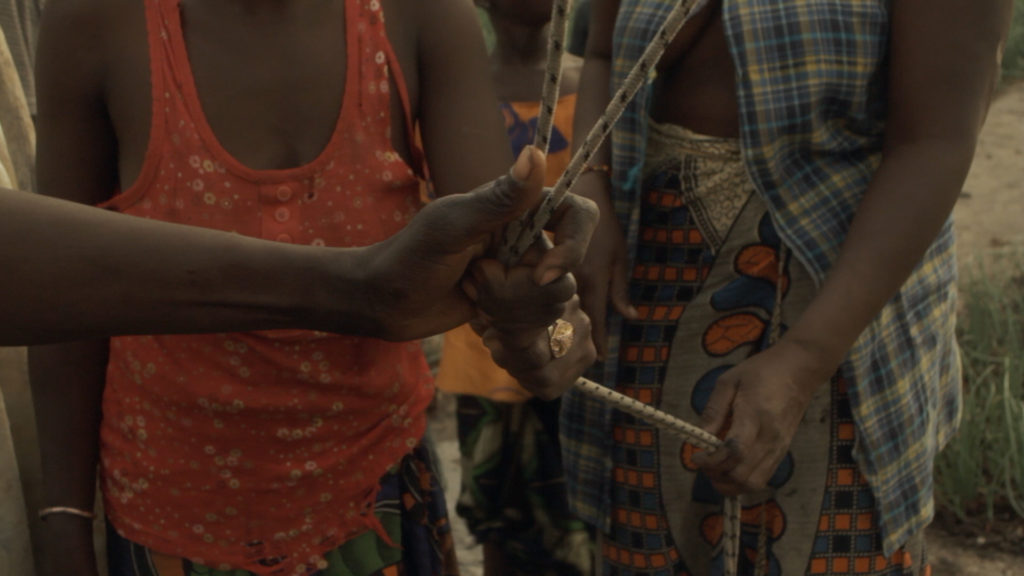 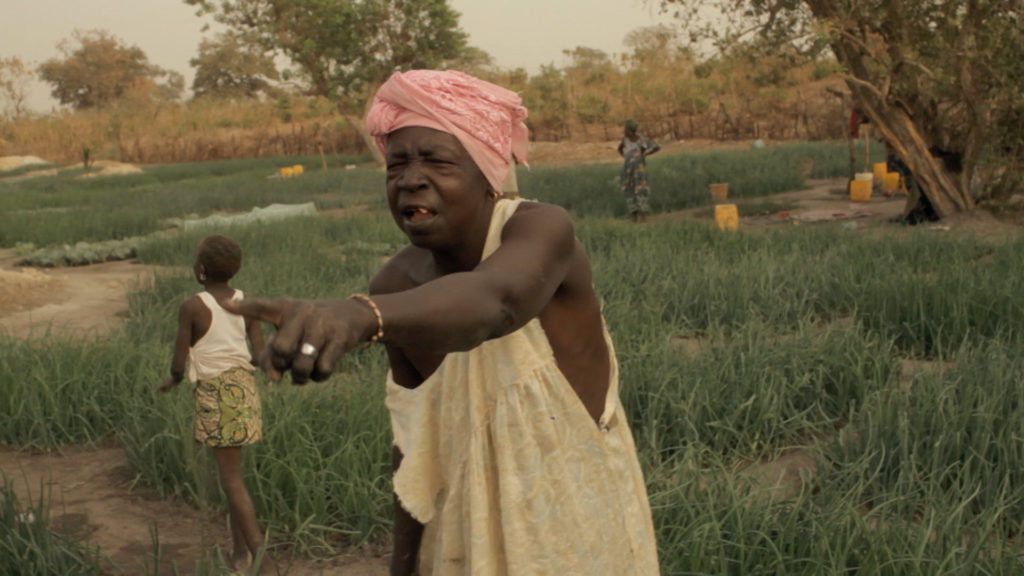 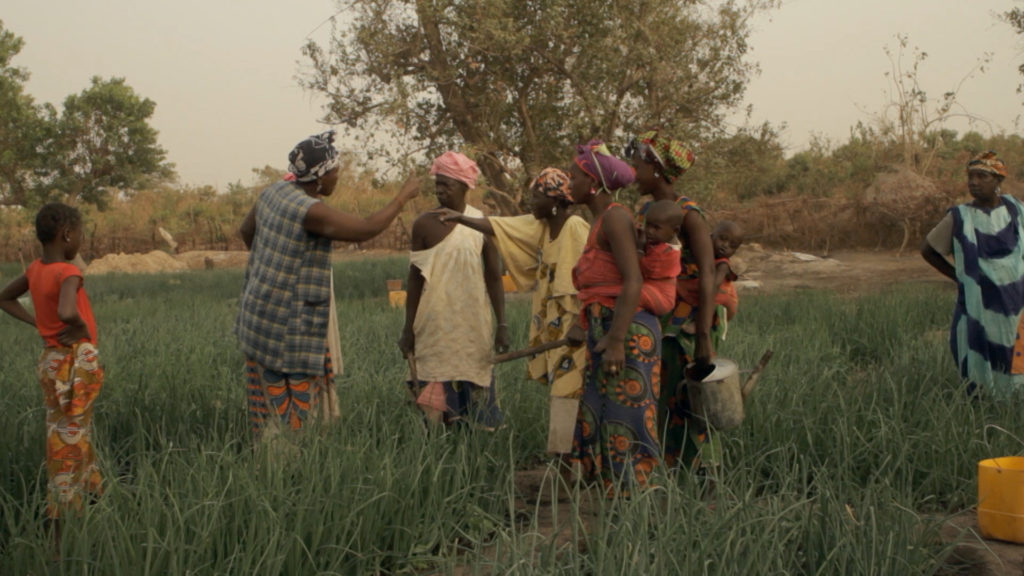 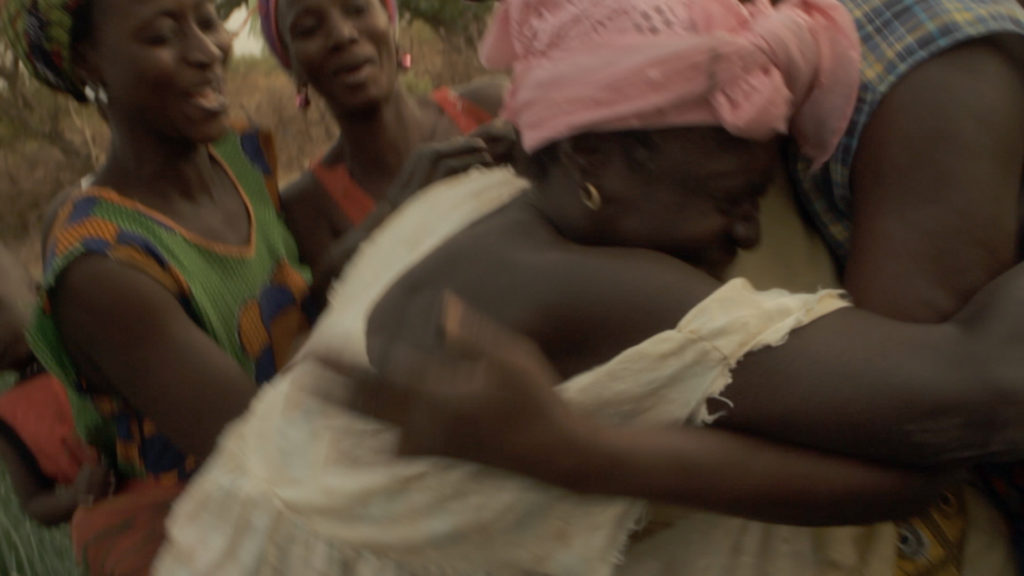 “The Play” shows a theatrical performance by the Gambian theater group Dental. “The Actors” is a recorded conversation with the actors about the play and their role. In some moments, however, the actors change to the role they have in the play, even in conversation. They juxtapose the presence of the play and their own reflection. “The Improvisation” takes place in a vegetable garden. Here the theatre group spontaneously improvises a drama about a fight between two parties for water from a well.
The women of Dental use theatre as a means of conveying traditions and as an arena for discussing and negotiating potential change.
In 2011 and 2012 musican Amadou Sarr, whom I worked with several times, invited me to his childhood village, Kerr Amadou, in Gambia. That’s when we recorded the footage for the film. Another six years passed before I showed the footage to Saidou Ndiaye, who is a playwright and director for the theatre group Kadu Yaraak in Dakar, Senegal. He laughed and said that these recordings had been waiting for him. Saidou translated the footage and “extracted a possible script” from the improvisations which had been performed in the garden. Together we created the structure for The Play, the Actors, the Improvisation.

The Play, the Actors, the Improvisation is a collaboration with Amadou Sarr, Saidou Ndiaye, and the actors of Dental.

At the show „I slipped into my first metamorphosis so quietly that no one noticed“ at Den Frie in Copenhagen the work was shown as a double projection together with the work „Stage-curtain“.

We plan to finish a version for single-screen as well.